2019 was an epic year of travel. I traveled to 8 countries, 2.5 of them for the first time. From the Himalayas to Angkor Wat to Yellowstone and Arches National Park to Machu Pichu, Rainbow Mountain, and Chichen Itza, it’s truly been a stunning year.

Not since 2013/2014 have I even gotten close to so much great travel. As with all travel years, I’m indebted to the selfless people who let me crash in the guest room or showed me around their city. Traveling is ultimately a very humbling experience!

The rules are, as always, one photo per month, but you’ll see this year I had to cheat a little bit. 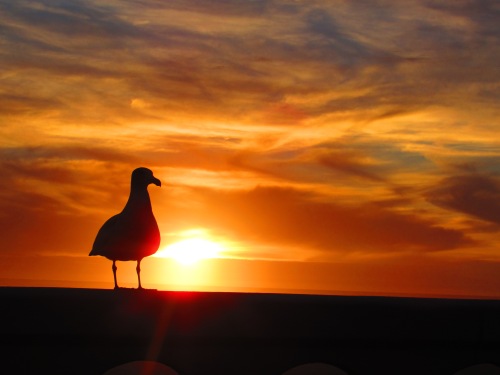 January – New year, new camera, and a new trip to the beach. The moon was full and the ocean was cold and even goold old Seaside, OR was as good as ever. Great start to the year!

February – A road trip to Seattle saw views across the bay, a trip to Pike Street Market, Capital Hill wanderings, and my first visit MPOP, featuring exhibits on Pearl Jam, Nirvana, Hendrix, plus Fantasy, SF, and Horror too! 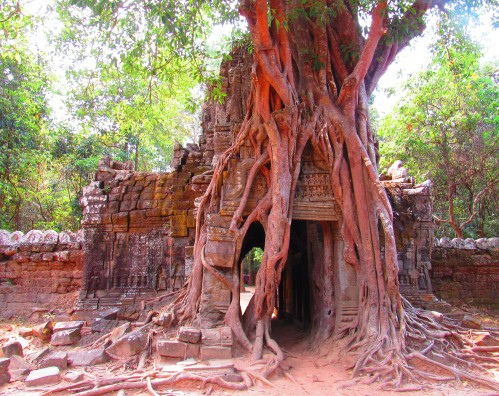 March – My mom and I traveled to Thailand, her first time there since 1999! We got street food on Khao San road, took the train up the country to Chiang Mai, wandered through the most pleasant town of Pai. But it was our visit to Angkor Wat in Cambodia that was truly unforgettable. 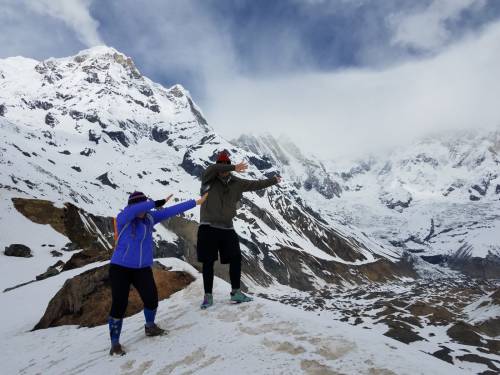 April – I wandered KL and took Zulia to Batu Caves but quickly we landed in Kathmandu. The first time in Kathmandu is unreal and like nowhere else. We didn’t stick around long though, first bussing up to Pokhara to prepare for our hike, then walking into the mountains. This picture is from Annapurna Base Camp, a slog of a walk up from the valley floor.

May – Things were going to be very different. I was going to teach for a month in Malaysia and then volunteer in India for a few months. But a lost wallet caused a change of plans and before I knew it, I was back in Oregon. This trip to see my Grandma had some nice beach time and the Astoria farmer’s market.

June – A spontaneous trip to Central Oregon! I’d come back for longer in July but this first glimpse was so exciting. Something about the air there or the ground there or everything there makes me very happy. 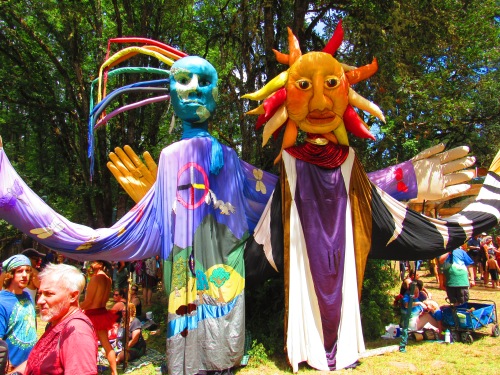 July – As a kid, we drove to the Oregon Country Fair every summer. The Country Fair was so formative, it has become the ur-fair/ur-market in my head, by which all others are judged. For the first time since 1988 I was able to return and it was striking how little it had changed.

August– This is a cheater entry but several weeks of August were spent camping in US National Parks. From the Grand Tetons to the Craters of the Moon, from Yellowstone to Devils Tower, the National Parks were truly deserving of their fame. 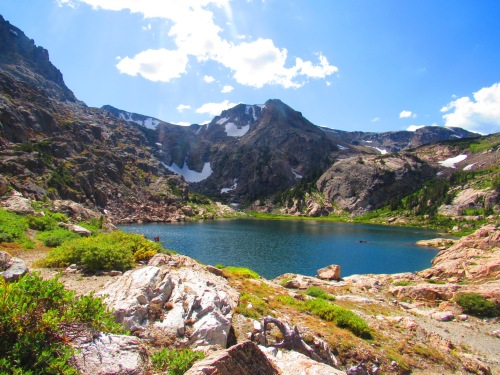 September – The roadtrip continued, heading into the SW to see Arches and Canyonlands and Yosemite. But this lake in the Rocky Mountain National Park, a couple of hours hike up, was perhaps the highlight of the second half of the road trip.

October – Halloween was super cool this year as we dressed up like a wizard family and meandered through a corn maze on Sauvie Island. I was a steampunk wizard, my mom was a faery wizard, my brother was a Skull Wizard, and my sister was an away-at-work wizard. 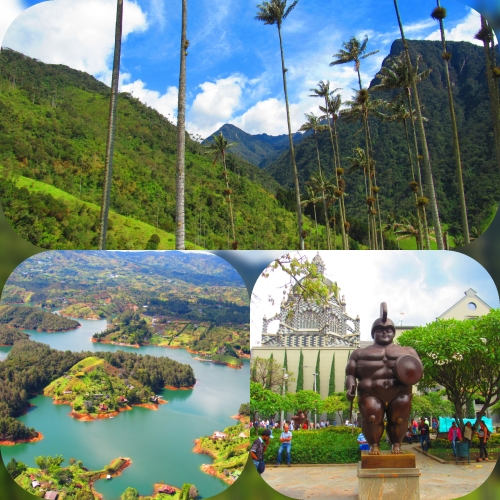 November – My first time to a new country in several years. Zulia was already studying Spanish pretty hard-core in Colombia when my mom and I went to visit her. Colombia was stunning: friendly people, beautiful small towns, fresh fruit everywhere. We had an amazing time bopping around the cities and taking busses around.

December – I did a lot this month–visited two Wonders of the World, hiked up to Rainbow Mountain, which is almost 1500 meters / 5000 feet higher than the top of Mt. Fuji. For the first time, I went swimming in the Caribbean and wandered through Incan ruins. But when there’s a month that you go to Machu Pichu, that’s pretty much what you gotta highlight.

I’m now dead broke (in debt, even, thanks Zulia) and heading back to the ESL world to replenish the coffers. Totally worth it though, for a year of new vistas and awesome experiences. It will be a while before I will be able to equal this one. Bring it in, 2020’s!

As last year was split between Korea and the US, so was this year split between Thailand and the US. My time in Thailand came to an unexpected end, but I had a pretty awesome time and I’m really glad I spent 6 months there.

These photos are all from my janky phone camera but I have a new digital camera now and 2019 should be pretty legit.

January – You know I love board games (and this one has the best meeples I’ve ever seen) but this picture represents a January trip to Salem Oregon to visit my friends Craig and Martina. I got to explore Salem, which despite being the state capital is not a place I know very well. We bopped into the bookstore, rambled along the river front, and played a bounty of boardgames. Great start to the year! 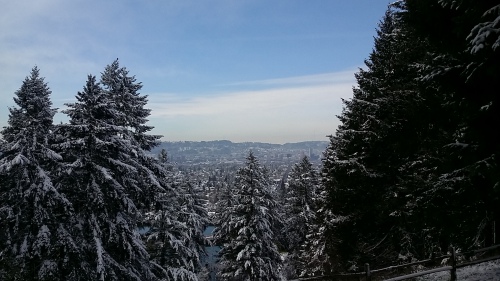 February – A late snowstorm blanketed Portland and I spent a couple days walking around the winter wonderland. I have been up Mt. Tabor probably a hundred times but this snowy vista was one of the best. 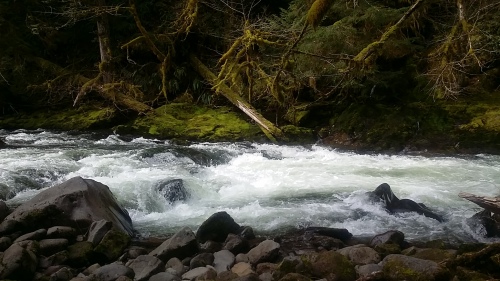 March – My birthday month. And I celebrated it my favorite way–a hike in the morning, followed by an afternoon/evening of board games. (With vegan food at Sweet Hereafter for bonus points!) This picture is from the Salmon River wilderness in the foothills of Mt. Hood. 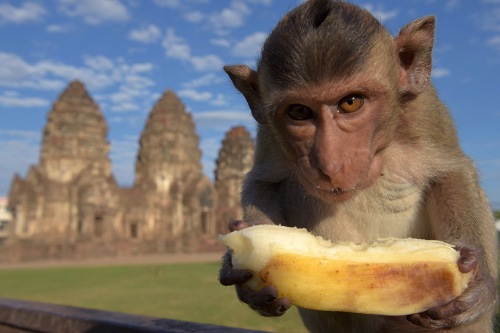 April – I left the US and headed to Monkeytown! Lopburi is not a super exciting place to live, but the Khmer ruins are really amazing, especially at first. I’m honestly not a big fan of monkeys but seeing hundreds of them roaming around the town is pretty cool.

May – Over the last decade, I have spent some quite time in Thailand, both in the north and the south. But I didn’t know central Thailand very well. Exploring the temples and ruins and lakes and towns of central Thailand, some of which are very off the beaten path, was vastly rewarding. This delicate Buddha at the end of a little train ride at Pa Sak Jolasid Dam was one of many such places.

June – I did a lot of great things in June, saw some really nice places, but this amazing picture of all the teachers at English and I is a must-include.

However, Immigration officials who saw this “raided” our school, which involved me being sent home, twice in one day, and two other teachers being sent home from the kindy, even though our school was allegedly “legit”. Still it’s an amazing work of art.

July – More central Thailand exploration. This giant depiction of Hanuman is a little outside Lopburi but well worth the visit. A nice temple with great views and a little climb up to the statue. At the top is a pile of pineapple and watermelon where monkeys wander up to and have a snack.

August– The ancient town of Ayutthaya (อยุธยา) is only an hour train ride (1 dollar each way!) from Lopburi. I went on a scorching hot day (40 degrees C)  and walked around the ruins for several hours. Ayutthaya is one of my favorite places in Thailand, if not all of Asia.

September – I’ve written about Buddhist Hell before, but Chonburi is an amazing destination even beyond this Hell park. The closest beach to Bangkok, it has a nice night market where I got to watch a Thai band playing 90s rock anthems. This was probably the highlight of my entire time in Thailand. 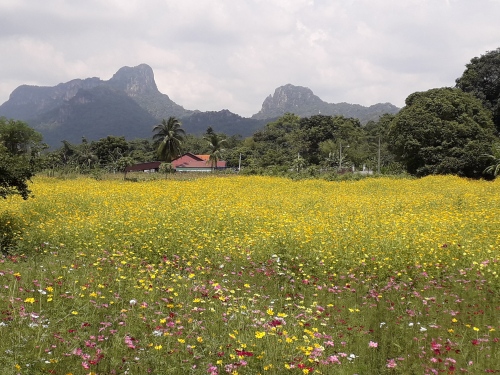 October – I wasn’t in Lopburi long enough to see the sunflowers, but these fields of wildflowers on the way to the Peacock temple are my favorite part of the Lopburi area.

November – Back in Portland! My sister and I hiked the Cape Horn trail in November, late fall, and it instantly became our favorite day hike in the Portland area. We each took a hundred photos but this view of the gorge was overwhelmingly nice.

December – I made it to my first Crafty Wonderland, where my mom and I crafted our own felt Yeti. You can tell how excited we are from our own yeti smiles.