Having visited Kuala Lumpur once before (in 2010), we were excited to get back for a few reasons— friendly people, a rad melting pot of cultures, cheap everything, and the food.

In total, we’ve spent about two weeks in Kuala Lumpur, and stuffed ourselves at every opportunity. We’ve eaten a whole mock-fish (complete with mock-bones),  sampled tandoori ‘chicken’ (that even our non-veg friends rather enjoyed), and chomped our way through almost every dish at our favourite mixed rice place, and we still haven’t come close to exhausting the eating options Kuala Lumpur has to offer. But, as these photos show, we sure did try…

Here are some  of our favourite Kuala Lumpur vegan eats:

1. Mixed Rice, Jalan Petaling: We found this place tucked away in a foodcourt in Chinatown on our very first day in Kuala Lumpur, way back in 2010 and ate here way too often. Meals are priced according to number of scoops. We usually spent around $2.50 each. 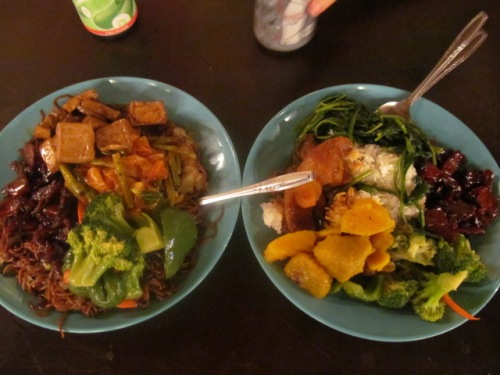 One of many lunches at our favourite ‘mixed rice’ stall on Jalan Petaling (aka. Chinatown) 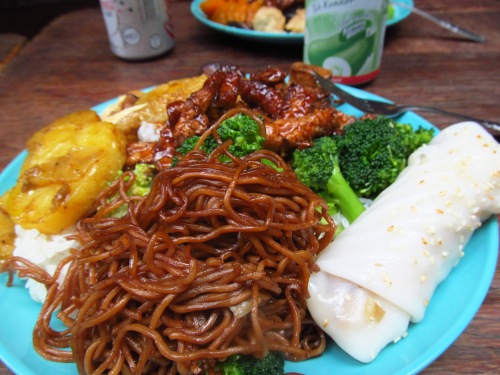 More mixed rice. The white thing on the right was whack.

And again! $3 worth of awesome.

2. Indian, Masjid Jamek/Brickfields: There are plenty of Indian places in KL- some fully vegetarian, some with a bunch of vege options. We went to a great little ‘pay what you want’ buffet (Annalakshimi) in the ‘new’ Little India (Brickfields), and hit up a bunch of cheap places in ‘old’ Little India (Masjid Jamek). Meals range from $2 (thali) to $5 (fancy shmancy ‘chicken’ tandoori biryani with naan). 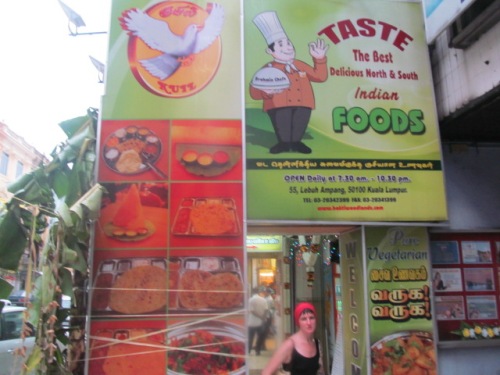 One of the many vegetarian places near Masjid Jamek. And my blurry, wet, and slightly scary little face. 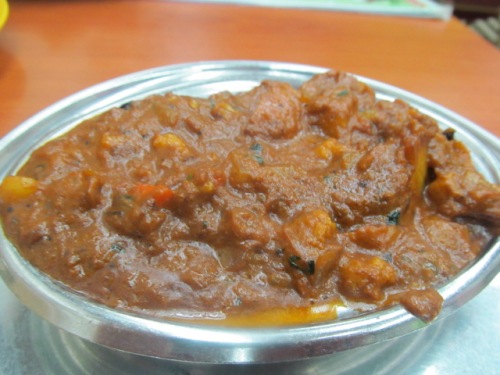 Something delicious and curryish (we can’t exactly remember what) at the above restaurant. 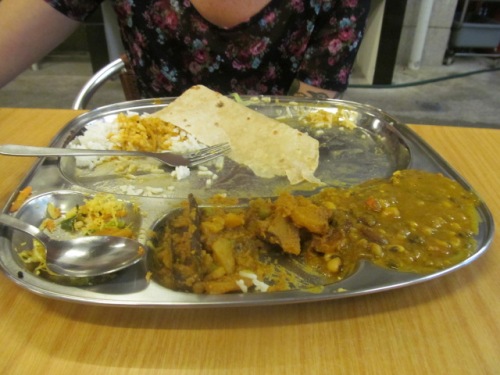 Thali! Rice, chapati, and a bunch of different curries. Best of all, it’s refillable! 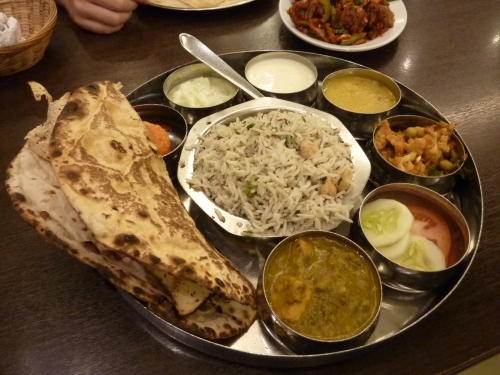 More thali. This time at Saravana Bhavan, near Masjid Jamek. 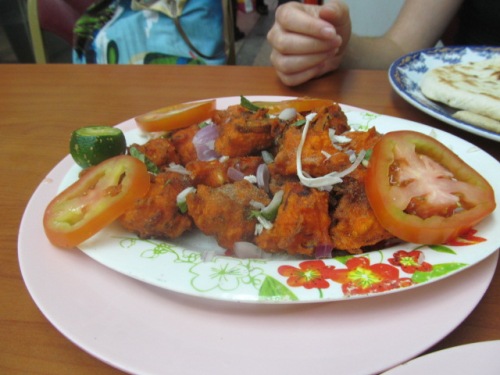 3. Tau Fu Fa, Jalan Petaling: This soft-tofu-and-brown-sugar-syrup dish deserves its own special mention. I grabbed some  for breakfast at the same stall in Chinatown almost every morning we were in KL, and was informed (by a veritable Tau Fu Fa connoisseur) that it was the very best Tau Fu Fa stall in the world. Legit.